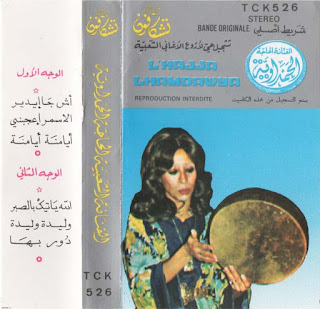 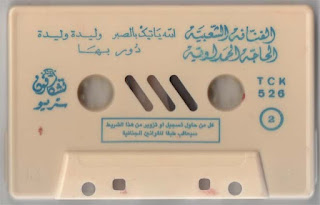 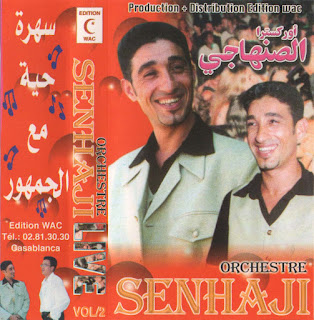 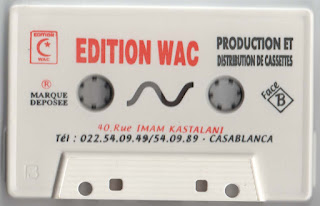 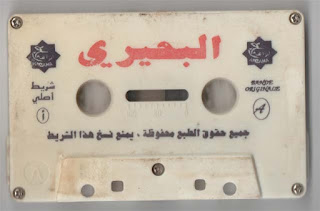 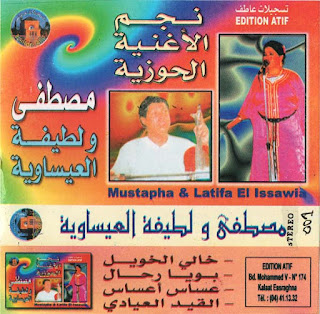 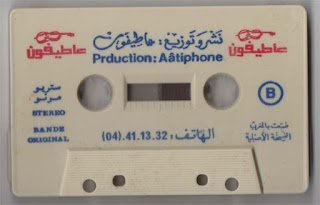 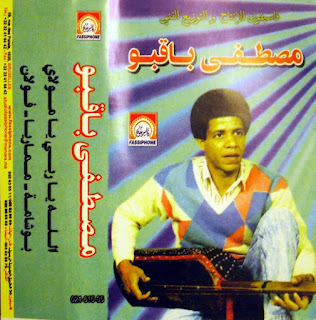 Wow - props to my blogosphere colleagues for a bumper few weeks of Moroccan grooves! Well worth checking out: 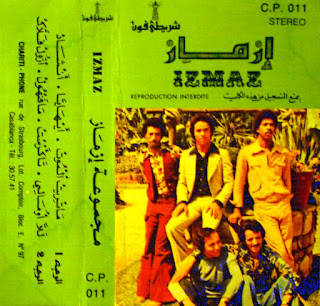 Snap, Crackle & Pop
Mr. Tear over at Snap, Crackle & Pop is back from a recent Morocco trip and promises to share some goodies in the weeks to come. If the current offerings are any indication, these should be fantastic! Already up is the Mustapha Baqbou tape pictured above - IF YOU LIKE GNAWA MUSIC, YOU NEED THIS TAPE!! This is my all-time favorite Baqbou tape - stunning virtuosity on the guinbri, masterful control of dynamics and drama, passionate singing, and songs from deep in the Ghaba suite! I lost my copy about 15 years back - so happy to hear this again. Also up at SC&P is a lovely album by the group Izmaz - an intense yet laid back offering from one of the '70s folk revival groups. 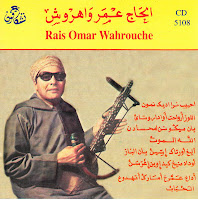 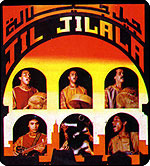 Audiotopia
Still digesting this huge cache of Jil Jilala tunes over at Hammer's. Some of it familiar, some of it very obscure! 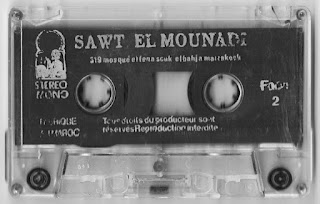 Moroccan chaabi music sounds great with a drum kit. Hi-hat gives you the bright jingle of a tar tambourine, a nice loose snare drum gives you the buzz of the bendir, and tom and bass drum give you a nice variety of low tones for the all-important dummmm.

Here's a nice old school chaabi tape with some in-the-pocket drum kit playing. I don't know who the performers are, but the tape is from the Sawt el Mounadi label out of Marrakech, so you know it's gonna be good like this and this!

Chaabi is a pretty wide genre. My fave chaabi keeps it close to rural forms and textures, and that's what you get here - one viola, heavy on the percussion (drum kit and darbuka), lots of call & response singing, one male lead singer and two or three shikhat-styled backup singer. Track 3 mixes it up a bit with a naqqus clanging out a Berber rhythm. Song titles are best-guess cribs from the lyrics.

Enjoy it here.
Posted by tim abdellah at 2:35 PM 2 comments: