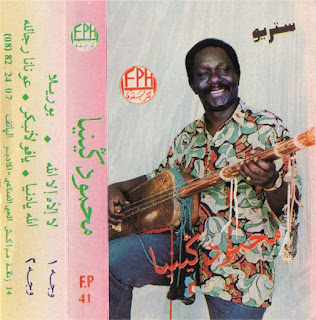 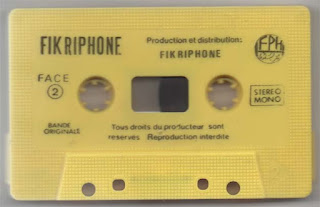 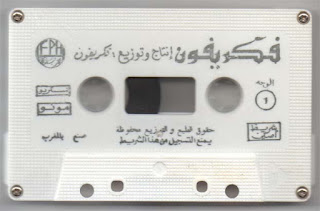 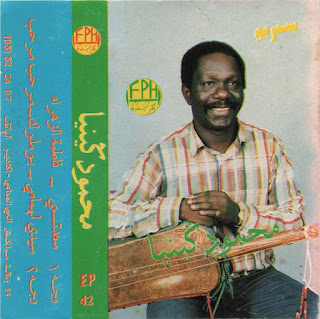 Najat Aatabou (and the Jordanaires) 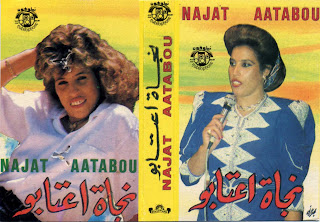 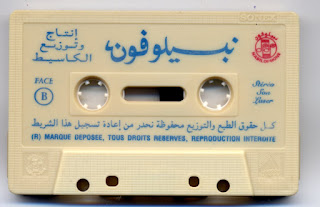 Here's another oldie from Najat Aatabou. I was always curious about this tape - All of her other albums from her debut in 1984(-ish) up to the mid-'90s were released on the Editions Hassania label. I'm guessing this tape, on the Nabilophone imprint, is an early one. It features the simple ensemble of her early Hassania cassettes - oud, bendir, darbuka, Najat's voice, and a male backing vocal section. This a great album with some classic tunes. I saw her in concert in 1999, and she included a couple of these in her set: "Halfa 'Alih" and "Sh'hal Suwwelt 'Alih".

I've always found it unusual when a backing vocal group doesn't merely repeat lyrics sung by a lead singer but instead transposes those lines to the third person. I'm thinking of Elvis Presley's "Teddy Bear", where he sings "Oh let ME be...", and the backing vocal group, the Jordanaires, echo with "Oh let HIM be...". I wonder what factors into a composer/arranger's decision to use this technique rather than a straight repeat of the lyrics.

Off the top of my head, I'd think that the technique could be used for any of several reasons, among these:


Najat has a few songs that use this technique. On this album, the refrain of "Sh'hal Suwwelt 'Alih" features different lyrics when sung by Najat than when it is sung by the male response vocalists:


Since none of the changed lyrics come at the end of the line, the rhyme scheme remains intact.

Off the top of my head, I can't think of songs by other Moroccan artists that use this technique. But in Najat's repertoire, you can hear it in "Sh'hal Suwwelt 'Alih" (listen below) and in "Mali Ana Ma 'Andi Zhar".

On another silly tangent, I always liked the outfit Najat is wearing on the right panel of the j-card. I recently found a video from a live performance where she wears it. In fact, I think the photo comes from this performace: 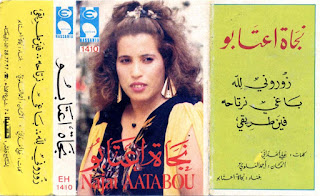 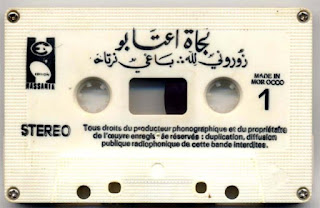 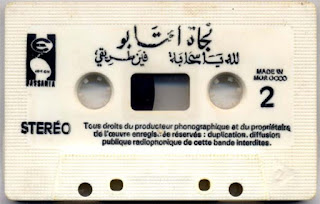 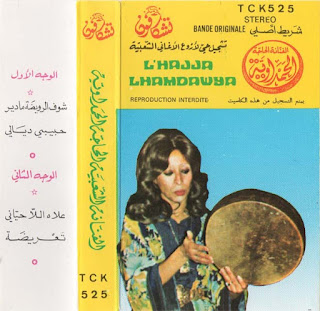 Here's another Hamdawya cassette - seems to have been recorded at the same time as the one I posted last week. It has that same electric guitar and funky harpsichordey thing going on. (Plus the catalogue numbers are consecutive.) 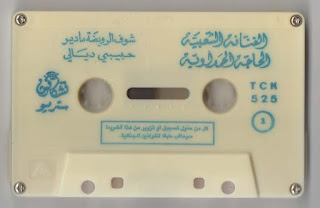 Track 2 is the oldie "Hbibi Dyali", recorded by, among others, the great Zohra al Fassia. Track titles are taken right from the j-card except for track 4, which is unlisted. It's a tune I've heard before at Moroccan Arab weddings, played by chaâbi bands when they need to play something that sounds Berber. (This is needed if, as is common, the bride puts on a Berber-style outfit at some point during the wedding.) Note the typically Tachelhit pentatonic melody + use of the clanging naqqus.