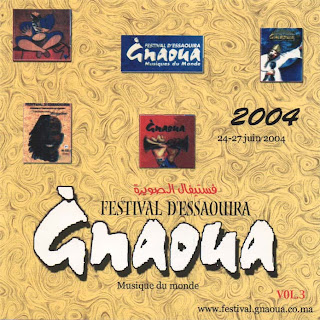 I have a few tapes and CDs labeled "Festival d'Essaouira" from prior to 2003, but they are merely pirate mixtapes of tracks from Orchestre National de Barbes, Gnawa Diffusion and other artists. This CD is the earliest one I've seen that appears to be an official compilation of performances recorded on the festival stage. I've seen 2 editions of this disc, one with a 2003 date and one (pictured here) with a 2004 date.

This CD culls some pretty good performances from the festival stage. I believe the performances took place in either 2002 or 2003. It was around this time that drummer Karim Ziad began his artistic involvement with the festival, and his group Ifrikiya plays on several of these tracks. If you like the way fusion jazz and Gnawa sound together, this is a pretty good set. Also includes Amadou & Maryam on a couple tracks, some Houariyat fusion (!?) and a nice trad piece by an Algerian group, Ouled Sidna Bilal. 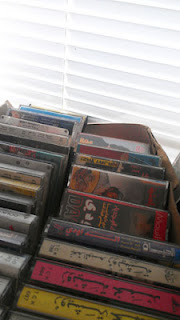 Hi everyone. I was a little busy and distracted in the late spring, and my posts have been sporadic of late. But summer is officially here, and I should have something new for ya later this weekend.

In the meantime, sending out props for some great Moroccan tape-cd-lp posts over the last few weeks. If you missed these, do yourself a favor and check 'em out!! 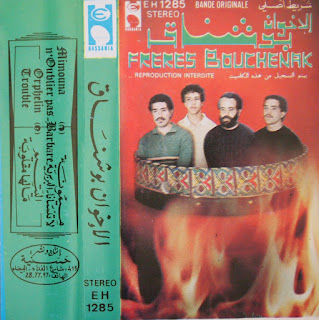 Mr. Tear at Snap, Crackle & Pop served up a slice of old-school rock 'n' rai from the Frères Bouchenak c.1984. Similar to what Raina Rai were doing across the border in Sidi Bel Abbes, the Bouchenak brothers in Oujda were playing their rai with a full rock band (complete with ripping electric guitar solos). The Bouchenaks would abandon this format for the prevailing synthesizer-based format a few years later. Great to hear this oldie! Check it out here. 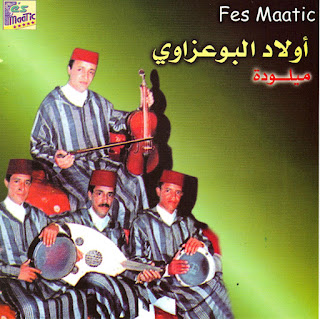 Gary at Bodega Pop dropped this goodie from the kings of aita marswawiya, the Ouled Bouazzaoui. These are all remakes of songs recorded in the past by Bouchaib el Bidaoui. Khaled, the singer/violist of the group, sounds so much like Bouchaib el Bidaoui, it's scary! Great to have some hi-fi versions of these old school classics! Check it out here. 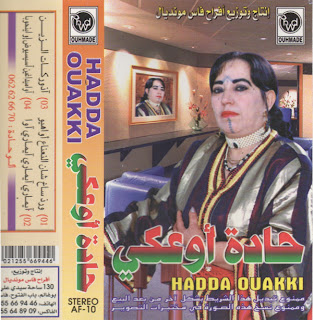 Brian at Awesome Tapes from Africa laid down this one from the reigning diva of Middle Atlas tamazight song, Hadda Ouakki. A bit heavy on the synth violins for my taste, but her voice remains in great form! Dig it here. 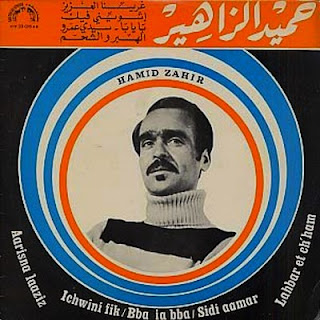 And finally, Abdel at FolkMusicSMB rolled out this unbelievably great Hamid Zahir album! As I mentioned in my last post, it's nice when Zahir stretches his chaabi chops and veers away from his usual dkitikat-based typical Marrakchi street & party singalongs. There are some almost aita-ish melodies on this one - well worth a listen! Connect here.
Posted by tim abdellah at 11:51 AM 5 comments: 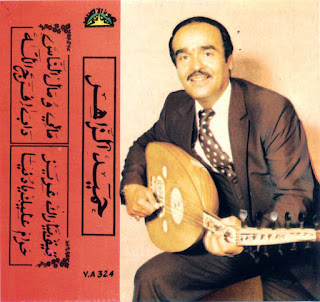 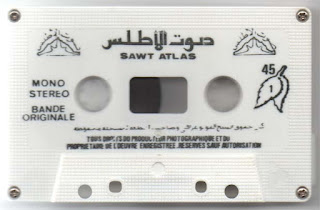