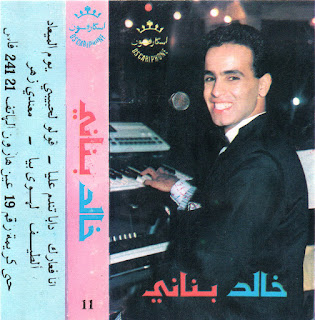 If you’ve visited Moroccan Tape Stash before, you know that your humble curator loves chaâbi tapes from the days of drum kits and electric guitars. How about we add some saxophone to that mix! Here’s a vintage gem from the stash - an early tape by Khalid Bennani, picked up on my first trip to Morocco in 1992.

According to his biography at Ournia, Bennani performs primarily for “private parties such as weddings and engagement ceremonies”. I have the greatest respect for a good wedding band - being able to satisfy folks old and young, from near and far, is not always easy. And if we’re talking about Moroccan weddings, that means having a fresh, diverse, and extensive repertoire that will give rhythm to a party for hours, often deep, deep into the night.

In addition to wedding work, Bennani continues to record prolifically and to give concerts outside of Morocco. (Apparently he performed some dates in Texas earlier this year!)

Bennani is based in Casablanca but is a native of Taza (between Fes and Oujda) and plays a Fessi repertoire, including melodies reminiscent of the Arab Andalusian and melhun repertoire, devotional strains from the Aïssaoua brotherhood, and tunes evoking the Jbala region of northwestern Morocco.

Fessi chaâbi is usually too smooth for my tastes. I prefer things more raucous, à la Casablanca or Marrakech style. This album, though, manages to achieve a texture that is somehow both smooth and raucous! Maybe it's those snare drum punctuations from the drum set along with the syncopated electric rhythm guitar, a darbuka prominent in the mix. 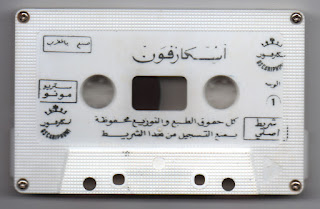