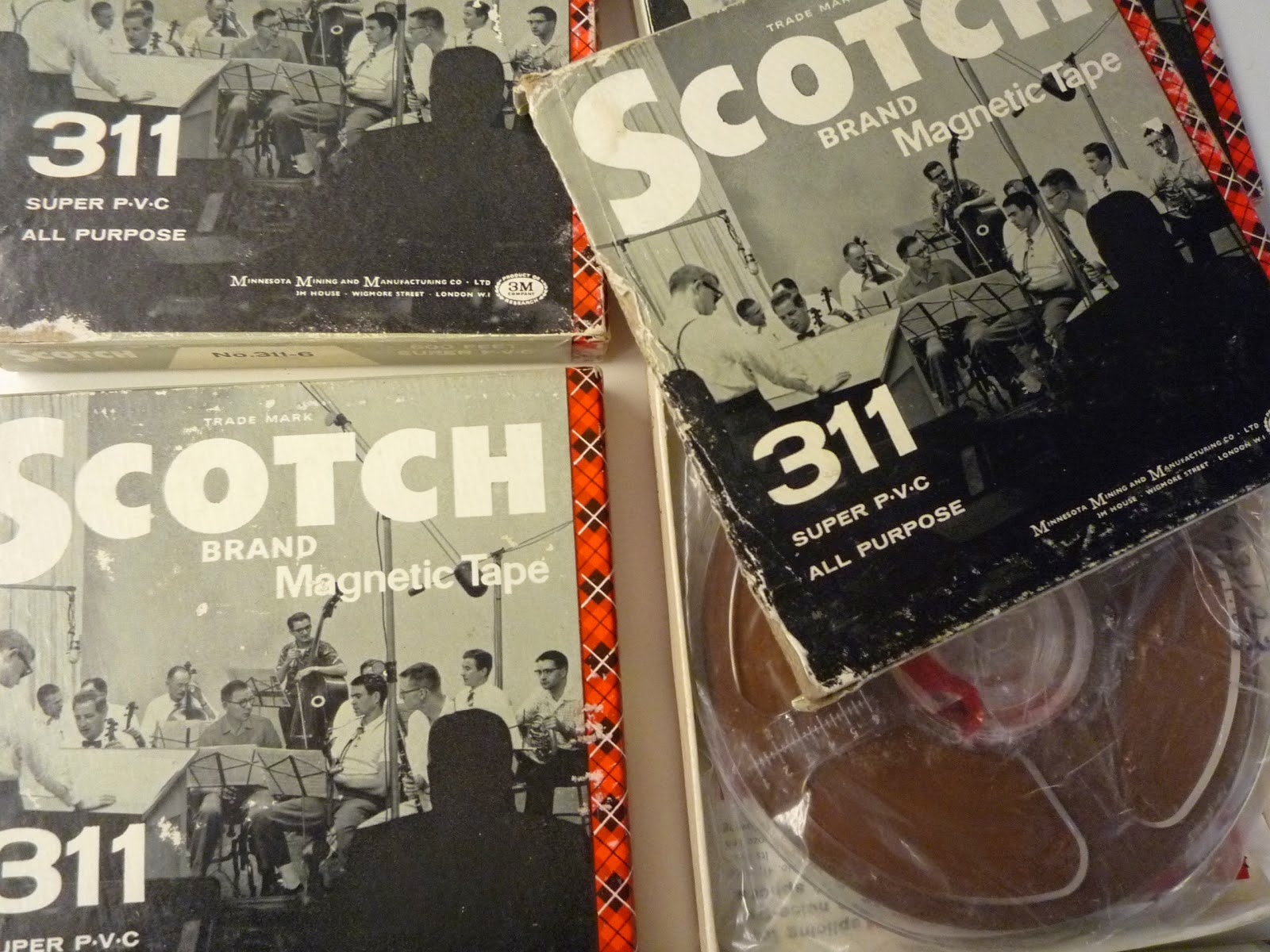 Thanks to Phong Tran for letting me know about this! It's great that some sound archives are making old and rare field recordings available to at least sample online. There are some Moroccan recordings available in the Lomax collection, as I wrote about here.
Posted by tim abdellah at 8:05 PM 2 comments:

Jil Jilala And His Orchestra (Live) 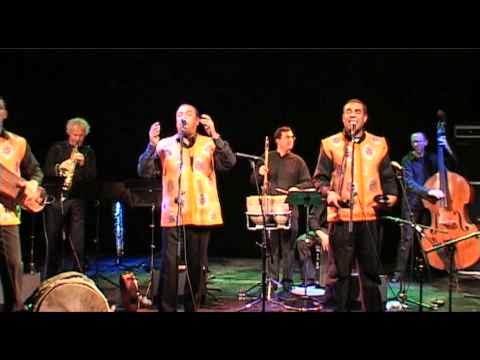 One more Jil Jilala tape for ya - I dubbed this from someone else's copy years ago, and I don't recall seeing any cover art. (The photo above is quite unrelated to my tape, but is pretty cool - see below for more info.)

The tape is from a live performance, and the featured songs suggest that it dates from the late '80s/early '90s (the Baqbou period). The group is augmented by keyboard strings and horn section. (Or is it an actual horn section? Hard to tell...) A bit unusual, but not without its charm. (Hammer, if you're reading, do you know anything about this release? I noticed that these tracks were part of your Jil Jilala mega-post some time back.)

There have been other Jil Jilala fusion things, especially in the last few years. In 2007, they followed in the footsteps of fellow Moroccan folk-revival group Lemchaheb and collaborated on an album with the German rock group Dissidenten. The Lemchaheb collaboration Sahara Elektrik and the Jil Jilala collaboration Tanger Sessions share the annoying practice of renaming actual songs of the Moroccan groups with random titles in English. Here, for example is "Morock'n Roll", which is actually the well-known Jil Jilala song Leklam Lemrassa3:

More reverent (perhaps) is a 2010 collaboration with a European group called The Ghiwanyat Orchestra:

As I look back at my recent Jil Jilala posts, I see that I've presented some interesting information and shared some very good music, but didn't really cover what would be considered "The Best Of" Jil Jilala, or even the most well known of their songs. Such are the pitfalls of restricting the blog to music in my collection that's not available elsewhere. I'd urge you to check out these albums to fill in more of their groundbreaking 1970s work: 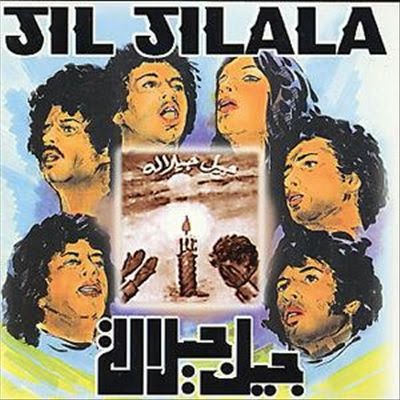 Chamaa: Early tracks, including the title cut ("The Candle"), with which Jil Jilala achieved the amazing feat of making centuries-old melhun poetry and melodies popular among 1970s Moroccan youth! Amazon or Yala. 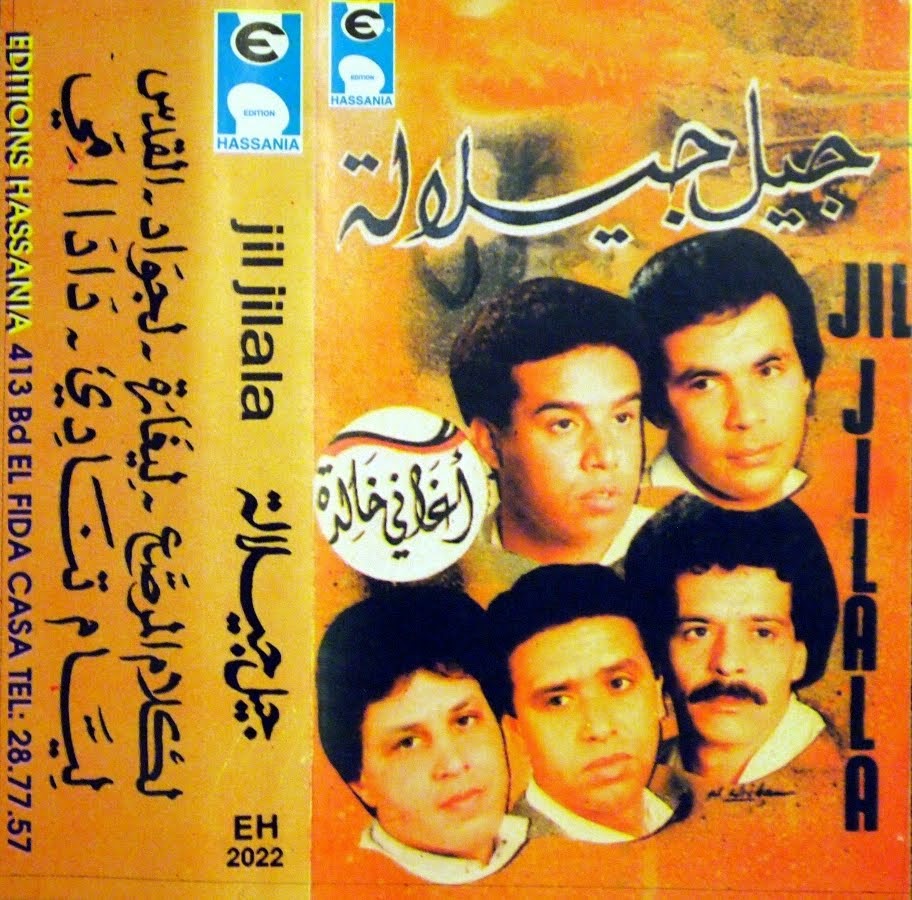 Aghani al Khalida: Compilation of a number of their early sides, including the group's most enduring song, Leklam Lemrassa3. (These versions are, like those in my last post, very likely 1980s re-recordings of early singles.) Snap Crackle & Pop or Yala. 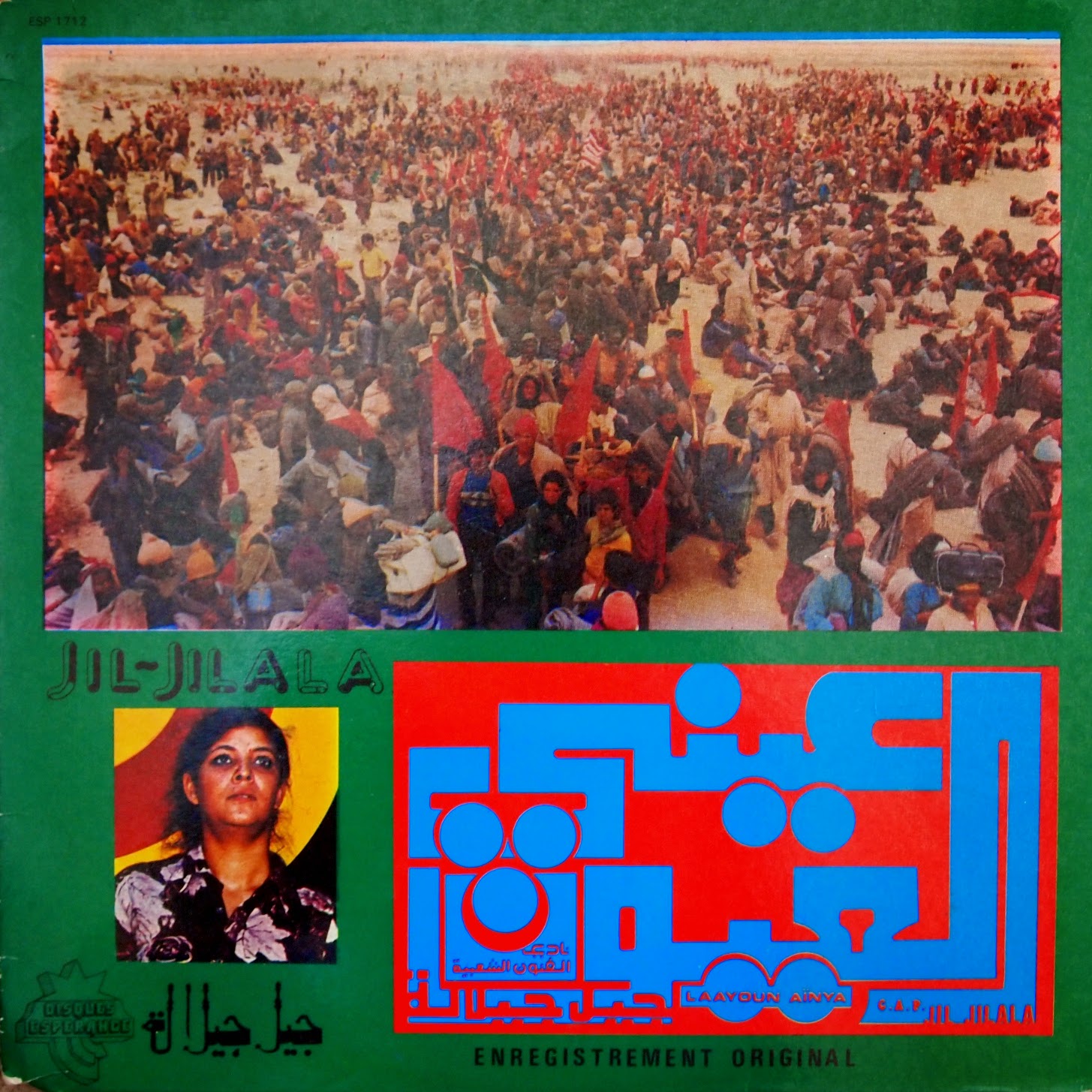 Laayoune Ainya: Title track is a well loved nationalist anthem commemorating the Green March of 1975. Snap Crackle & Pop shared this a while back with a nice historical summary and link to a fab vintage videoclip.

Get it all here.
Posted by tim abdellah at 9:52 PM No comments: