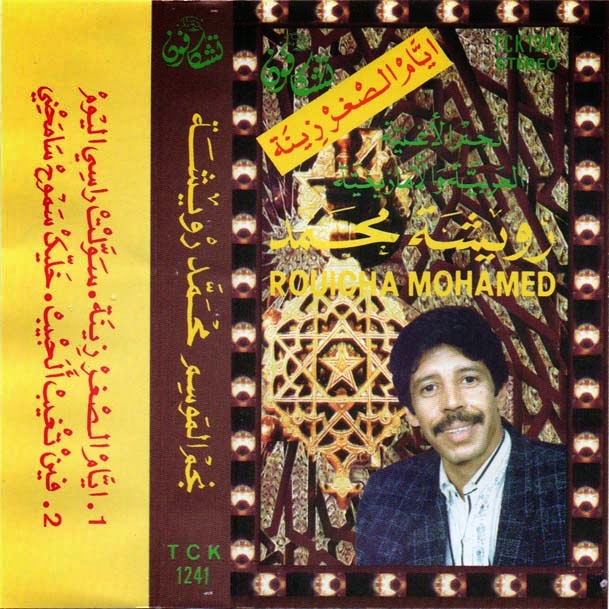 Here's a nice album from the late, sorely-missed Rouicha. I picked this up in 2012 - The Tichkaphone catalog number seems to indicate (from my estimate) that it dates from the mid-1990s. 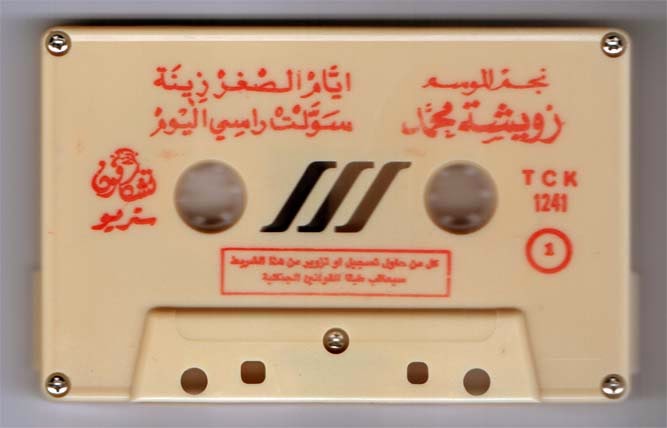 I particularly like the opening lotar solo on track 2 - Rouicha has such a fluid, rapid, percussive strum, it sounds almost flamenco! (Or maybe it's just that the melody sounds like the Concierto de Aranjuez...) At any rate, enjoy!

We've got more Rouicha in the stash here and here. And Yala has scads of Rouicha available for listening, though not this particular album. 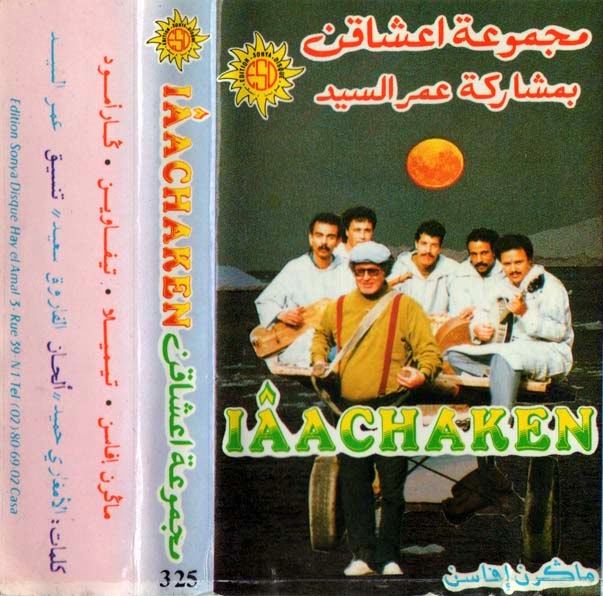 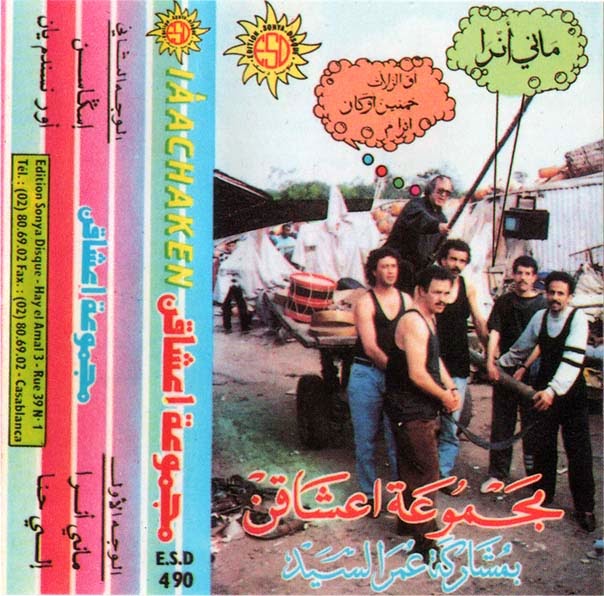 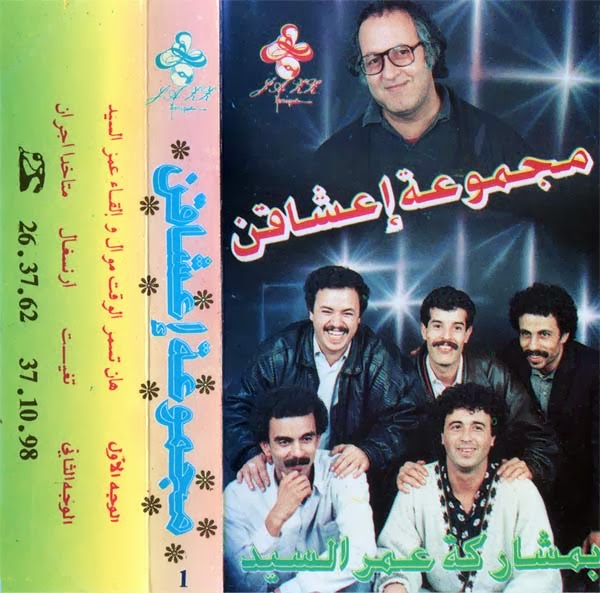 The group Iâachaken was a Nass-el-Ghiwane-style folk revival band in the early 1990s. I don't think they ever achieved the notoriety of other groups who worked in this style and sung in Tachelhit, such as Izenzaren or Oudaden (whom you can check out over at Snap Crackle & Pop), but they did release at least 3 lovely albums.

I saw Iâachaken perform live in June 1992 at the Palais Badiî, Marrakech, as part of the Festival Maroc Arts 92. Their song "Arnsghal" wiggled its way into my head, so I sought out this tape. It's one of the catchiest songs I've heard!

Omar Sayed of Nass el Ghiwane (pictured floating above the band in the j-card photo) had some relationship with the group. The first tune on the tape features him reciting poetry and performing a mawwal (lyric-less vocal improvisation). Subsequent albums from Iâachaken also mention and picture him. I think he may have served as a producer or musical director. I've got a couple other tapes of the group, which I'll try to share soon. 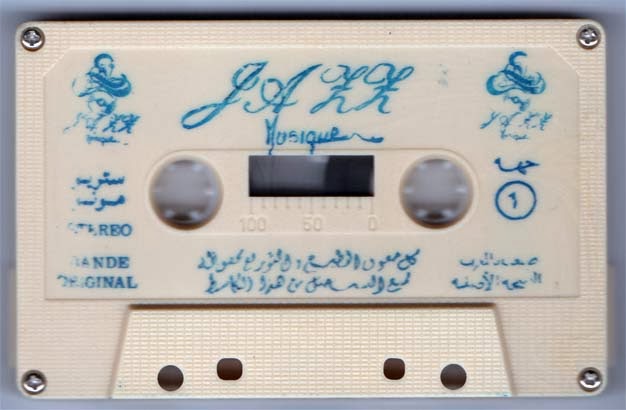 By the way, I wonder if there were groups working in the Ghiwane style that sang in the Riffi or Middle Atlas Berber dialects (Tariffit and Tamazight). I've only ever heard groups singing in Tachelhit. Please comment if you know of any!

The guinbri player from Iâachaken, Radouane Raifak (lower left on the j-card), later joined Nass el Ghiwane after the 1995 departure of Paco Abderrahmane.

Said Iâachaken (top left in the group photo) appears to have remained active as well, releasing an album in 2008, which you can hear over at Yala.

And finally, the hook from "Arnasghal" was so stuck in my head back in the day that I wrote some English lyrics to sing to it. This evolution was continued by my dear friend and musical co-conspirator Raul Rothblatt, who arranged and transformed the tune, and added it to the repertoire of his Afro-Hungarian fusion band Dallam-Dougou in New York as "On My Way (Oy Yoy Yoy)", which you can hear on the group's album New Destiny. From guinbri and banjo to cello and balafon!

Posted by tim abdellah at 2:58 PM No comments: