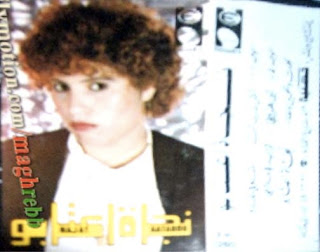 This is my favorite album by one of my favorite artists. If you're new to Najat, check here for my intro to her and her work. If you know her already, you know about her stunning voice, her groundbreaking songwriting, and the killer Middle Atlas grooves she rides.

This is, I believe, her second album, and it's a classic. The four great songs are performed in long versions, with no-nonsense arrangements, allowing singer and oud player to stretch out, ride the groove, and build intensity. The big hit was "Shoufi Ghirou", and fantastic it is. My fave track, though is the lead-off "Ach Dart Ana" ("What Did I Do?") - Mother, what did I do? By God, I haven't grown tired of you. This separation was brought upon us by the Lord.

I would have posted this earlier, but I've managed to lose the j-card somewhere in the stash, and it's a beautiful one. I kept hoping it would turn up, but to no avail. The only image I could find of it was on a rip of the cassette posted on Daily Motion:

The  inside of the j-card features a lovely photo of a heartbroken Najat (with modern coif and dress) embracing a woman in a traditional jellaba. The embraced woman is shown from behind, so we don't see her face. It always seemed to me that the photo was meant to go with the song "Ach Dart Ana", posing a hope for reconciliation that isn't found in the song itself. If I ever find that j-card, I'll be sure to scan it for ya. Meanwhile, I hope you enjoy these tunes as much as I do!

Get 'em all here.
More Najat in the stash here.
Posted by tim abdellah at 2:30 PM 7 comments: 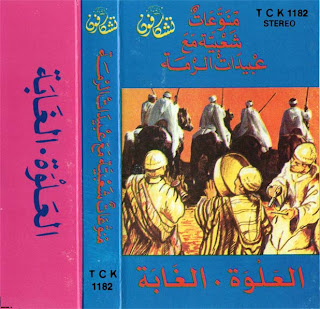 Here's some raw, old-school âbidat errma. Unlike the tapes I posted last week, which featured young lads riding the revival in the early 2000's, this much older recording features some real oldsters! I hear some metal percussion here, but it doesn't sound like scissors to me - I can't hear the distinctive opening and closing sound. On the other hand, the j-card does feature a gentleman playing the scissors (lower right corner).

Some of these songs are also performed as part of the âita repertiore. You can hear a longer version of Âda ya L-Khayl performed by the incomparable Fatna Bent El Houcine & Ouled Ben Aguida here. 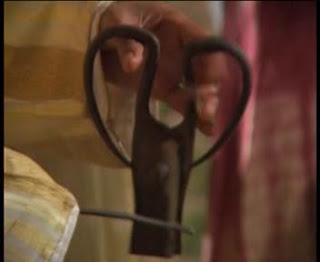 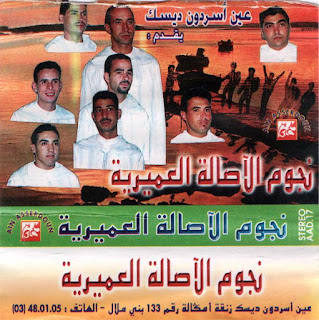 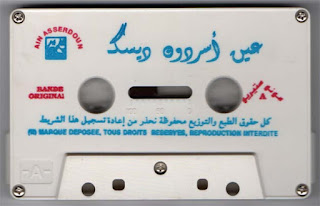 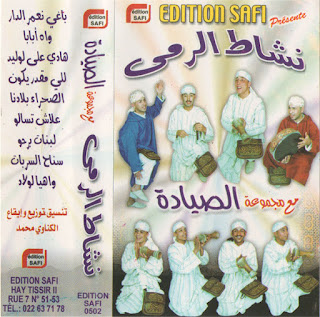 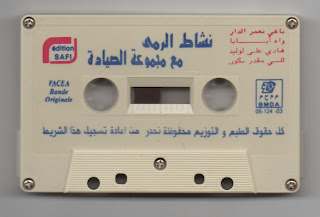