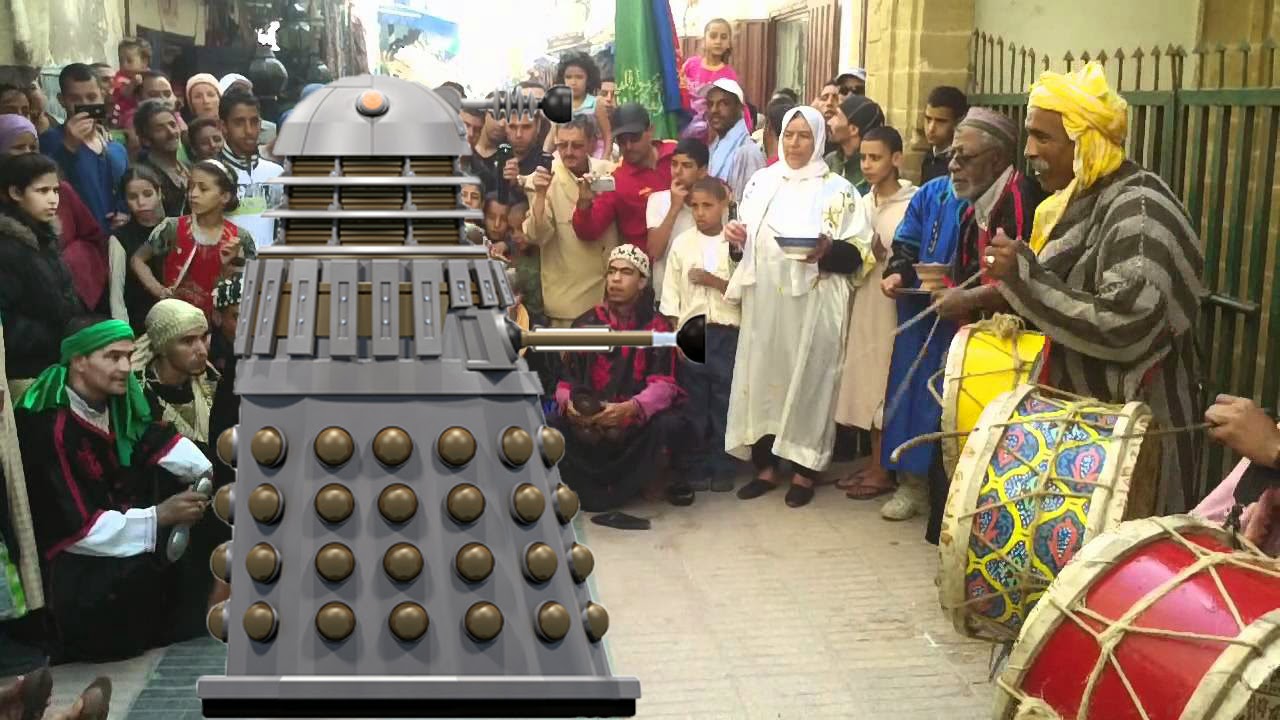 Daleks battle Gnawa folk revivalists Muluk el Hawa for galactic domination on the battlefield of audio tape in the late '80s or early '90s. Although Daleks get the final word in the fade-out of side 2, Gnawa, by expressing their devotion to the Prophet and calling on the saints, avoid extermination and ultimately win out. Gnawa go on to get their own festival in Essaouira in 1998. Daleks must wait until 2005 to re-invade world consciousness with the return of Doctor Who to the BBC airwaves. Yes, Gnawa and Daleks both live to battle another day.

Which is to say, this is a very nice tape of traditional Gnawa songs by the band Muluk el Hwa, but it happens to be marred (or enhanced, depending on your taste) by the dissolving out of and into 1:35 of strange, beautiful and menacing audio distortion at the beginning of side 1 and the end of side 2. 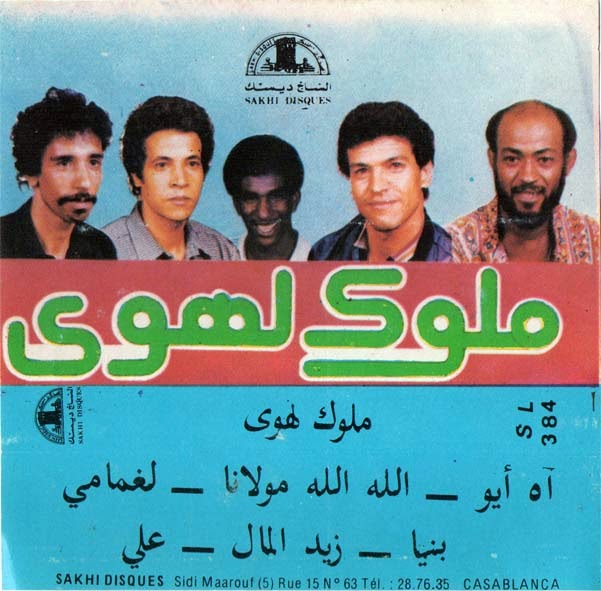 
Get it all here.

And if you need more Dalek sounds: 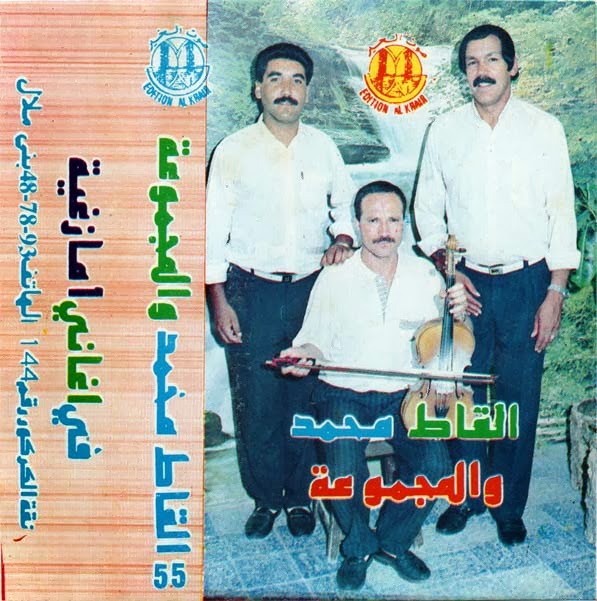 We love dem scratchy violas here at Moroccan Tape Stash! Usually, we like 'em served them up with some shikhat in old-school âita fashion. But great fiddlin' exists in Berber traditions as well. Here are two tapes of viola-driven ensembles, picked up in Beni Mellal 20 years apart.

Prelude spiel and questions about the viola in Moroccan ensembles: The European viola seems to have existed in North Africa for many many years. A couple of centuries, I'd guess. I don't know if it replaced indigenous bowed instruments in folk performance, or if it carved out its own place. Two Moroccan "art music" traditions - Arab-Andalusian âla and Soussi Berber amarg (music/song of the rwayes) - feature indigenous bowed instruments, both called rrbab, but completely different in construction and sound. The lone rebab in Arab Andalusian orchestras was joined (some would say overwhelmed) years ago by an entire section of violas. (I personally like the sound of the string section in that music.) The Soussi rrbab, on the other hand, seems to have retained its place as the sole bowed instrument in Tachelhit music traditions - even modern synth pop like this.

I don't know of any indigenous fiddles out of the Middle Atlas Berber (Tamazight) areas. If they did exist, they seem to have been completely replaced by the European viola. The iconic indigenous stringed instrument for the area is the plucked lotar, most famously played by Rouicha. The rhythmic instrument of choice in the region is the bendir, heard in everything from communal ahaidous song/dance performances to izlan sung poetry to the latest synth-pop. Yet violas do abound... 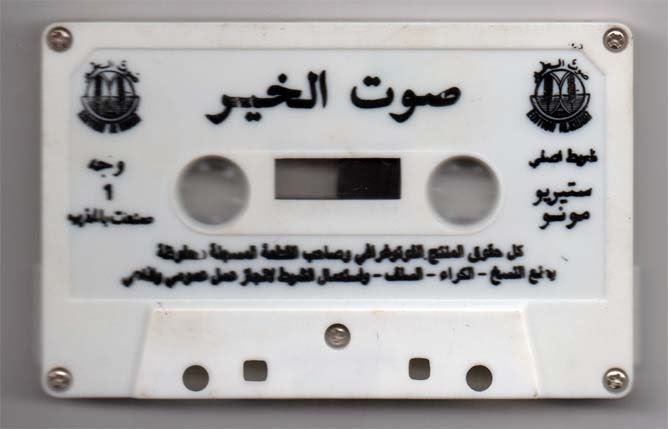 Our first tape is from Mohamed Alqat (or Mohamed Qat), on the label Edition al Khair out of Beni Mellal (j-card picture above). I picked this up in Beni Mellal in 1992. The ensemble sounds like viola, oud, and a pair of bendir-s.

The use of the oud, that most Arab of instruments, seems representative of the relative fluidity between Middle Atlas Arab and Berber musical styles and traditions. Many performers in the region double in Arab and Berber music. Rouicha and Najat Aatabou both became national starts through recordings in Arabic. Even Hadda Ouakki, perhaps the most famous "traditional" Tamazight singer in Morocco, grew up performing both Berber song and Arabic âita.

This tape has a very country feel to it, and is not too far removed from âita zaêriya of the neighboring regions.

The one videoclip I found of Mohamed Qat features an ensemble with both viola and lotar: 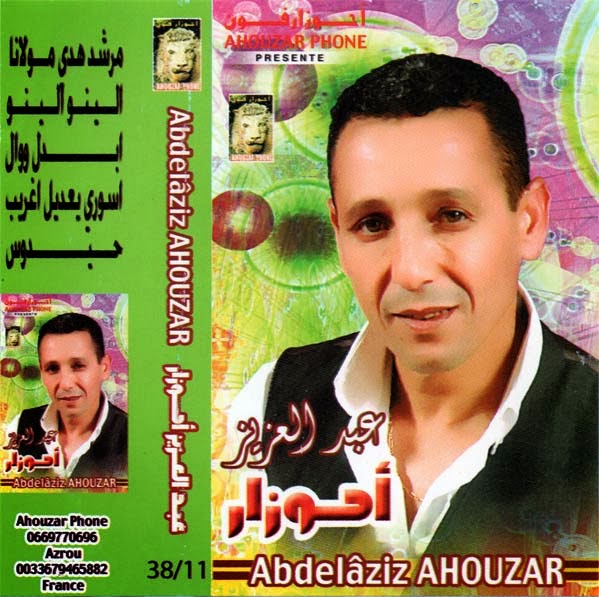 Today's second tape is from Abdelâziz Ahouzar. Yala's biography page says he's from the area of Khenifra and has been active since the 1980's. I picked up this tape in Beni Mellal in 2012.

Both tapes feature Tamazight song with men and women alternating sung verses/refrains, violas leading the ensembles, and prominent bendir. The similarity ends there, however.

Ahouzar's music has a very urban, chaâbi feel to it. Indeed, Ahouzar's catalogue, lots of which you can hear over at Yala Ournia, contains Arabic chaâbi albums in addition to offerings in Tamazight. Ahouzar's viola riffs and instrumental bridges are right out of the chaâbi playbook.

Although the bendir-s are prominently featured in the mix, Ahouzar's rhythm section features a drum kit and/or darbuka as well, adding some chaâbi propulsion. And the keyboard bass and comping give this tape a very chaâbi texture. 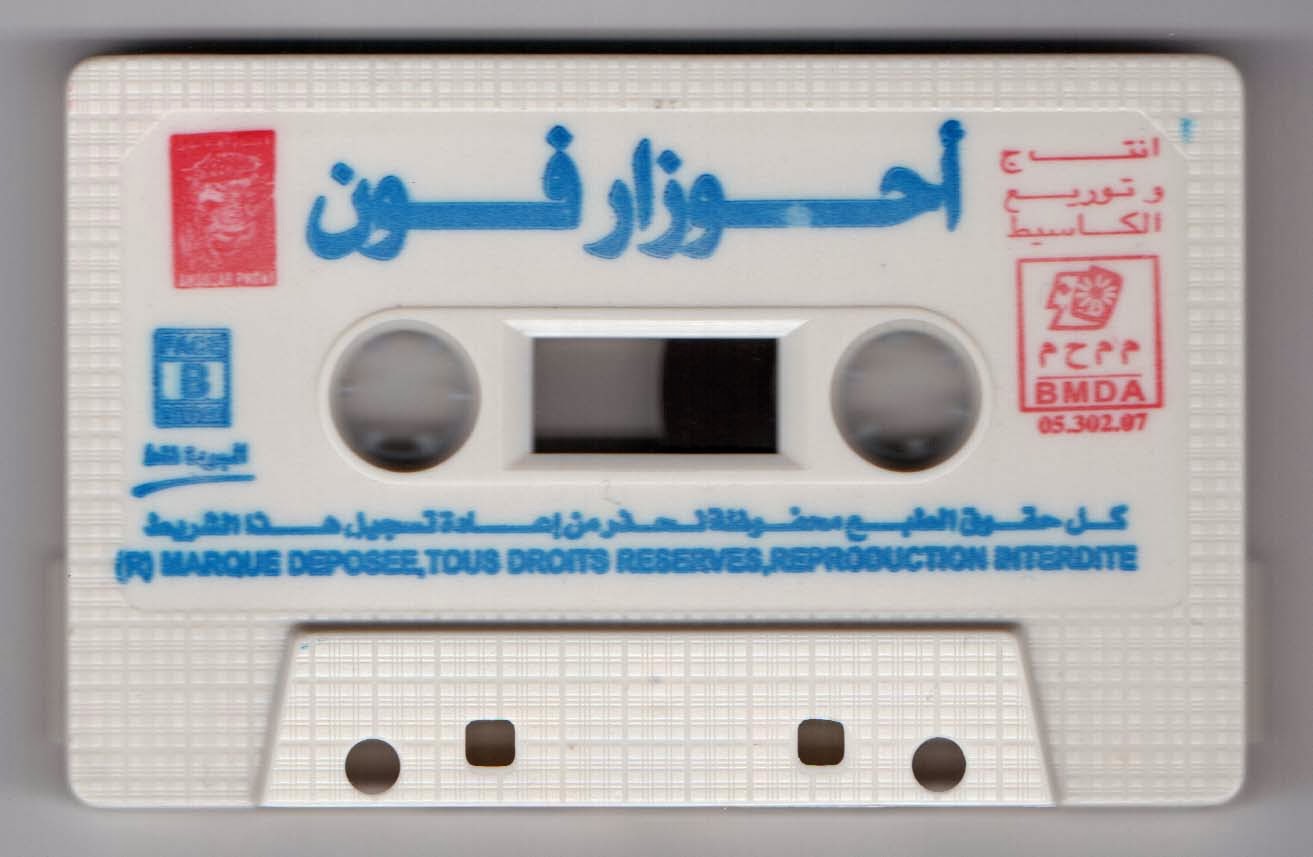 Some differences between the two tapes stem from the 20-year difference between them. The faux-live-audience heard at the beginning of tracks 1-4 is something that started appearing in chaâbi recordings about 10 years ago - I first remember hearing these in Daoudi's recordings. And of course, the auto-tuned voices throughout the tape give this a contemporary flavor too. I like the way it sounds on this album - the high-pitched women's auto-tuned quarter tone pitches on track 2 are fantastic!

Discographic note: This album of Ahouzar, as well as most of those featured at Yala, are released on a label called Ahouzar Phone, out of Azrou. Is this Abdelâziz' own label? Why is there a picture of a lion's face in the company logo? I don't know, but would love to find out.

Here's Abdelaziz Ahouzar at the gynormous Mawazine festival in Rabat, 2010. Like the clip of Mohamed Qat above, the ensemble here features a lotar:

Amazon has an mp3 album of Ahouzar - a steal at $2.99. Plus there's loads of his stuff over at Yala Ournia. 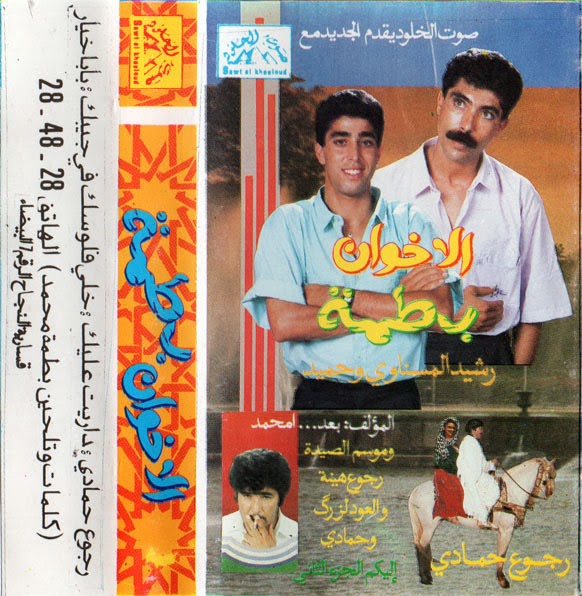 Massnawa was one of the more successful groups that followed in the wake of Nass el Ghiwane and Jil Jilala. According to their biography at Yala Ournia, they formed in 1980 and gained initial successes in 1981 with the songs "Âoudi Lazrqaq" and "Hemmady".

Today's album is credited to "The Batma Brothers: Rachid al-Massnawi and Hamid", thus making explicit reference to the former's association with the group Massnawa. The lyrics and music on the album are written by another Batma brother, the late Mohammed, longtime member of the group Lemchaheb. I believe Mohammed is pictured in the photo at bottom left on the j-card.

Further, the j-card makes reference to the Massnawa songs "Moussem Essiyda", Âoudi Lazrqaq" and "Hemmady. I can't quite figure out what is meant by these references - perhaps it means that Batma was the author of these songs as well?

The title track is called "Rjou' Hammadi" - the return of Hammadi, and the final line of the j-card reads "for you, part 2". I assume that this means the title track is meant as a continuation of the story told in the original "Hemmady" track.

These are nice long tracks, rooted in âita melodies and forms, with deep poetic resonances. What I've heard by Massnawa is similar in nature - you can hear lots of good Massnawa over at Yala Ournia. 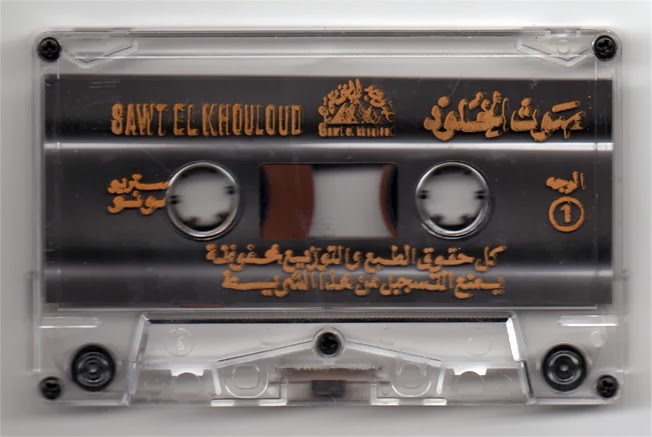 Get it all here.
Posted by tim abdellah at 1:37 PM No comments: