Najat Aâtabou - Live in Paris and in Tamazight 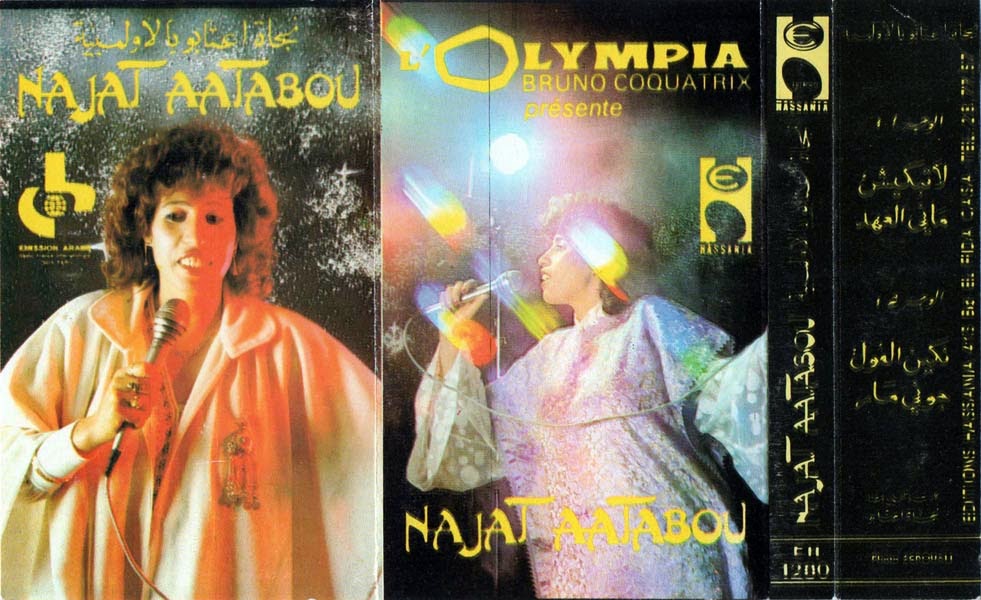 Here's a live album from Najat Aâtabou released around 1985, not long after she first burst onto the Moroccan music scene. She's in fine form here, performing in Paris at The Olympia with oud, bendir-s, a darbuka and the backup singing of the male band members.

The album opens with an evocative (orientalist?) intro featuring audio snippets of a Middle Atlas ahaidous communal dance (one wonders if there was video at the concert as well) with a spoken narration extolling the bounties of Moroccan traditional music, before introducing Najat herself.

Tracks 3 and 4 are sung in her native Central Atlas Tamazight dialect, while the others are sung in darija (Moroccan Arabic). I've become obsessed in particular with Track 4, "Nikkine Admough" or "Ad 3mough Izri". Here's a different live performance, longer than the one on the album. The moment where the band stops and Najat continues singing a capella breaks my heart:

According to this interview and performance from Moroccan TV, the lyrics are about a woman who was separated from her lover because of travel. Upon her return she finds that he has died, and she cries at his grave. (A kind soul has also translated some of the lyrics from Tamazight to French in the comments.)

Another native speaker of Central Atlas Tamazight who found success using Arabic lyrics with Berber musical forms was Mohamed Rouicha. However, Rouicha recorded some entire albums in Tamazight, whereas I don't think Najat ever released an album in Tamazight. I have found only a few live performance clips on YouTube from her early days where she performs songs in Tamazight. Conveniently, they are all linked from this page at izlanzik.org. I'd love to be proved wrong, though - does anyone know if she ever made studio recordings in Tamazight? 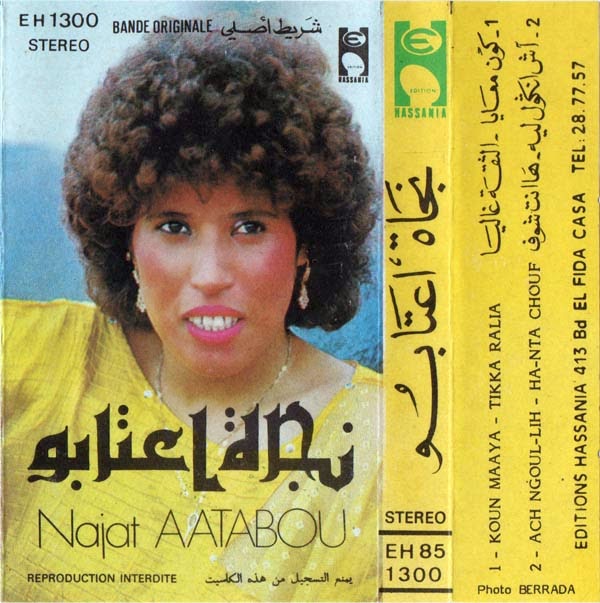 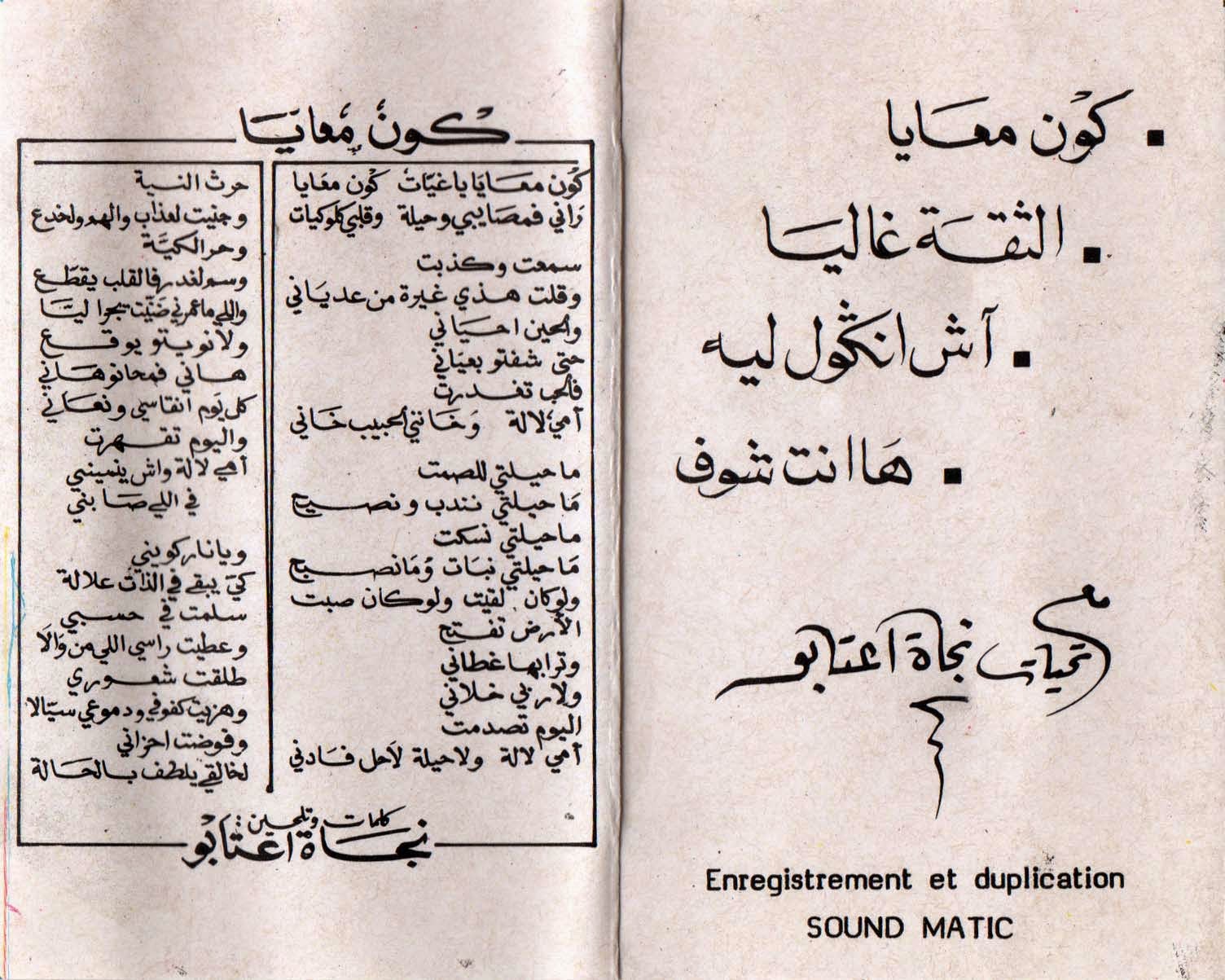 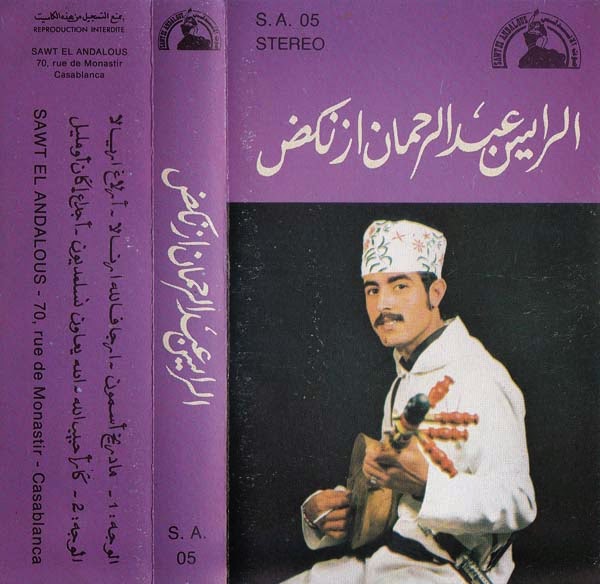 More goodies from the Nathan Salsburg stash. I can find no information whatsoever online about this smiling, right-handed, lotar-wielding musician. The closest I found was a number of links to a seemingly younger Mohamed Aznkd, who is a left-handed, banjo-wielding musician.

There is some rapid-fire lotar picking going on here!

Get it all here.
Posted by tim abdellah at 5:09 PM No comments: 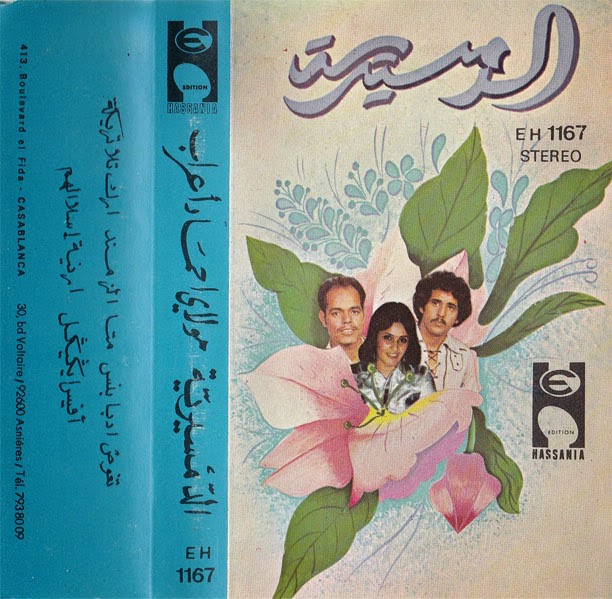 It's Easter Sunday here in Northern California, and we've got some much-needed rain!

Here's another swell tape from Nathan Salsburg's collection. The first rwayes supergroup? According to the author of this post, "Moulay Hmad Ihihi had the idea of putting out the first album combining a number of singers." This album, dating from 1981, features these three rwayes:
Memorable melodies and traditional textures make this a lovely addition to the stash. I'm not sure whether the lead vocals on tracks 3, 5, and 6 are by Ihihi or Atigui - any help would be appreciated!

Get it all here.
Posted by tim abdellah at 3:02 PM No comments: